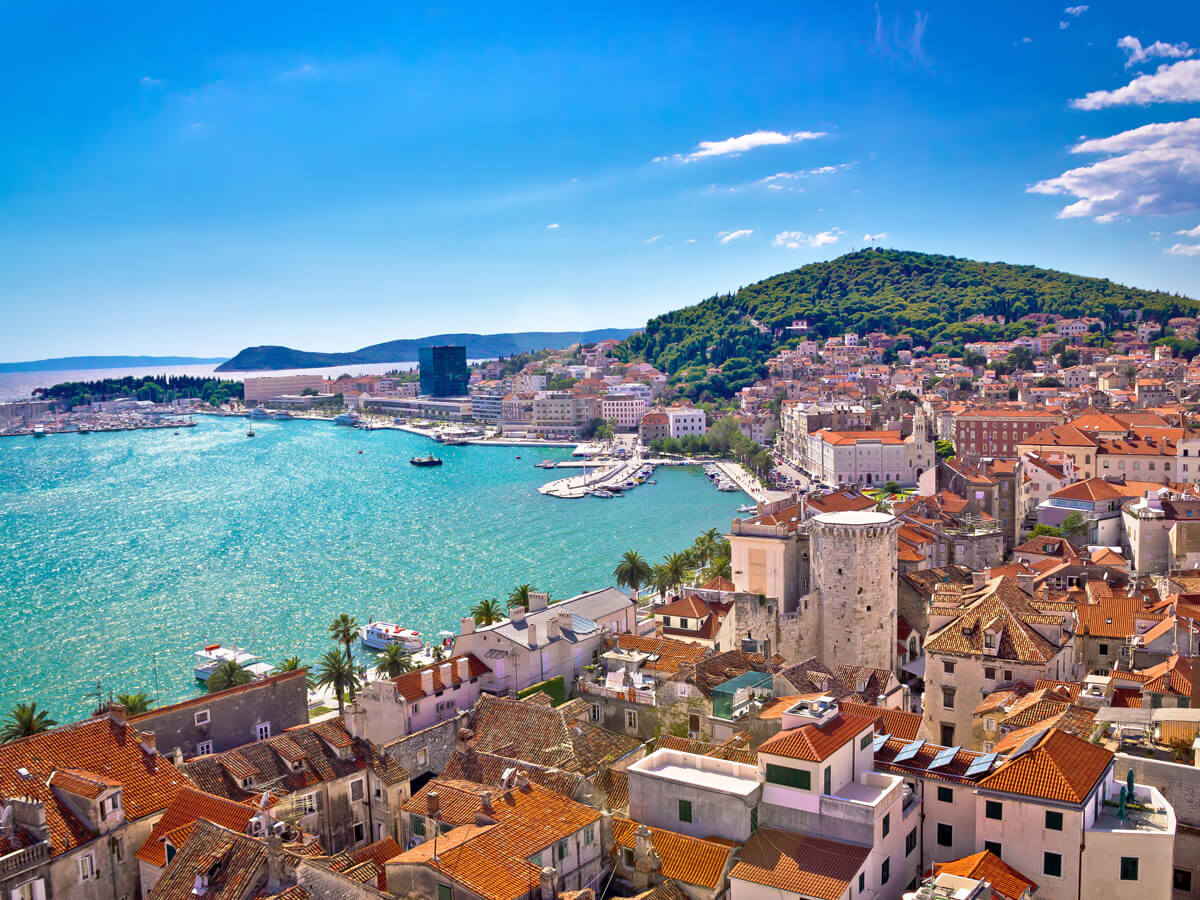 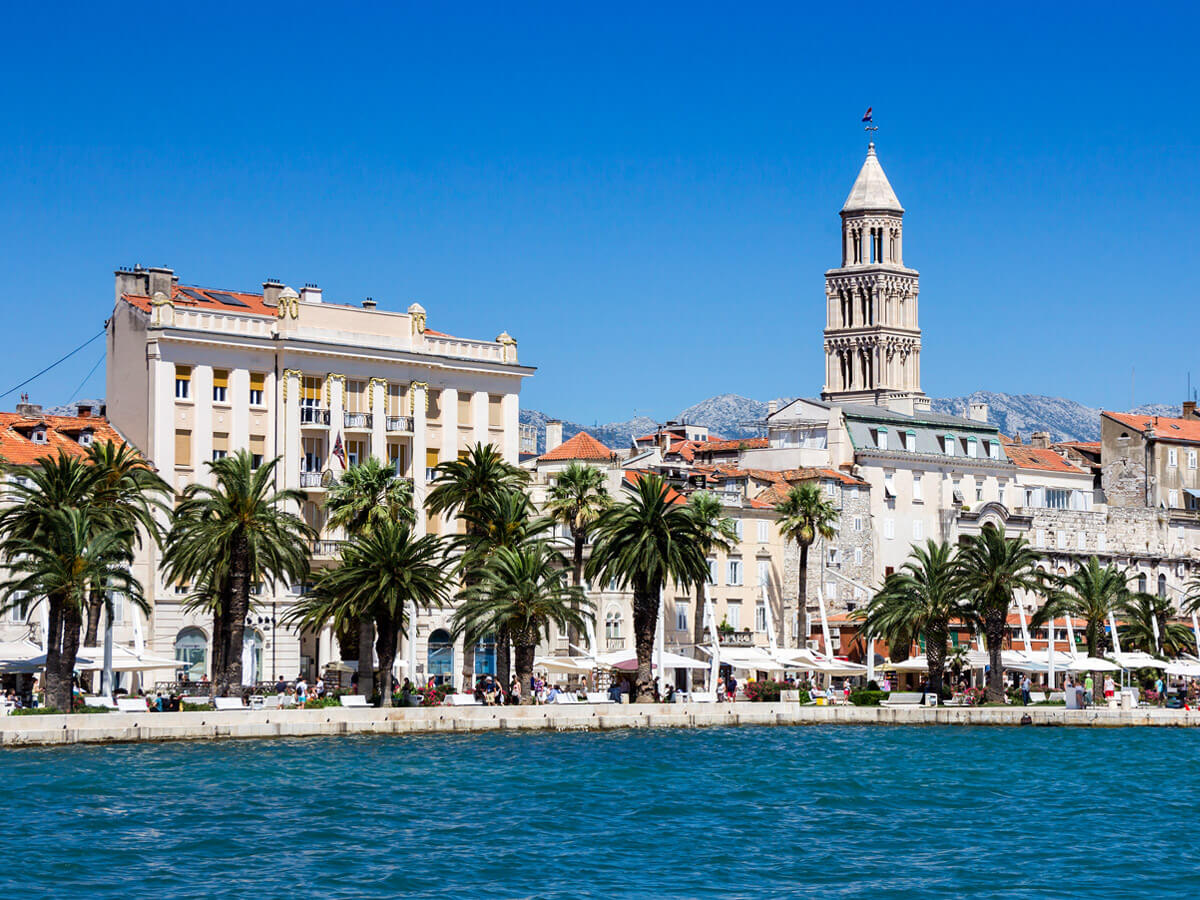 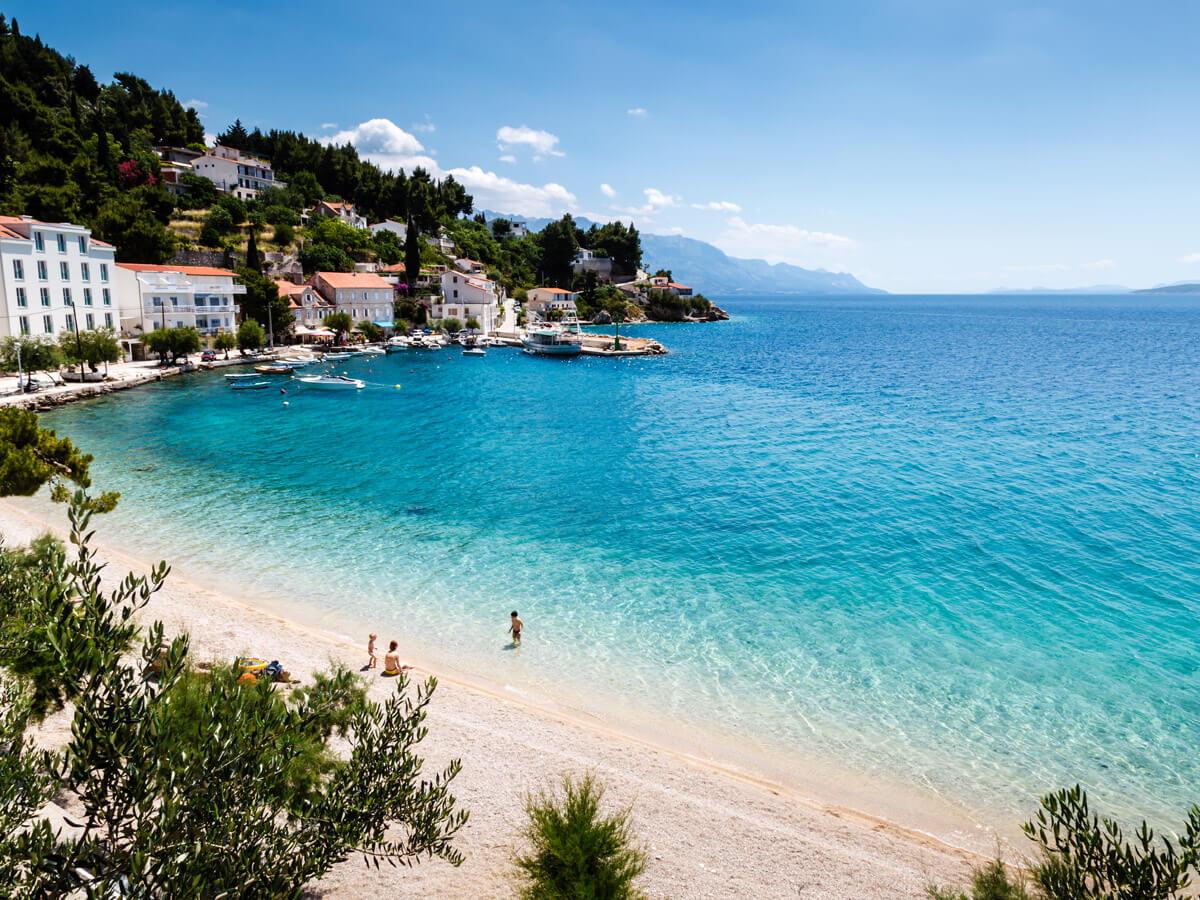 One day trip to Split

The city, often called "the most beautiful in the world", is over 1700 years old. The Roman emperor Diocletian chose Split as the place where he would build his summer house and it became one of the most famous cities in the Mediterranean.

SPLIT is registered in the UNESCO World Heritage Register. It abounds in numerous cultural and historical sights and entertainment that you must visit:

1. Diocletian's Palace - The Roman emperor Diocletian spent his last years building a huge palace near his birthplace Aspalathos (now Split) in Dalmatia. Due to its dimensions and preservation, this palace is the most important monument of Roman architecture on the east coast of the Adriatic. The beginning of the construction of Diocletian's Palace has not been determined exactly. It is assumed that it was around the year 295. It is not known according to whose architectural idea the palace was built and who its builders were, but its originality stems from its basic function and adaptation to the position.

2. Splitska Riva - Riva is one of the most attractive public places in the city of Split and a valuable urban environment with a harbor and other functional and recreational facilities. The oldest, so far discovered waterfront, dates from the 1st century BC and belonged to the ancient settlement of Spalatum, located near it. Today, the waterfront is a place where, with a beautiful view of the sea and boats, morning or afternoon coffee is drunk, where old and young meet. On the waterfront, for Sudamje, the feast of St. Duje, holds a procession and plays a traditional raffle

3. Marijan - is the first symbol of the city of Split and a green oasis that the people of Split have been rightfully proud of for generations. There are promenades, lookouts, solariums, trim trails, playgrounds and the Split Zoo. From its top you can enjoy a beautiful view of the old and new part of Split, Kozjak, Mosor, Kastela Bay, Salona and Klis, Trogir and Ciovo, and Solta, Brac, Hvar and Vis. The southern Marjan cliffs have recently become a favorite training ground for alpinists and free climbers, who gather every April for the traditional Marjan Cup.

4. The ground floor halls and corridors of Diocletian's Palace (usually called the Cellars), in their layout reflect the image of the upper floor, more precisely the emperor's apartment, to which these ground floor rooms were actually a load-bearing substructure. The imperial court was thus raised above sea level, and the large porch of the south façade was more suitably exposed to the sun and the summer mistral. The entire ground floor (basement) space remained almost unchanged during the century: it was only rebuilt or demolished in places. The halls in the Cellars sometimes had useful purposes, so a grape or olive press was preserved in them, presumably from the early Middle Ages. Exhibitions, concerts, theater performances, fairs, etc. are organized in the arranged parts.

5. Bronze statue of Gregory of Nin - a great work by Ivan Meštrović is placed in front of the northern (golden) door of Diocletian's Palace and the Bronze Toe of the monument is worn out due to local belief that the touch of the thumb in passing brings happiness and fulfillment of wishes.

6. Bačvice - Bačvice is a residential area of ​​the city of Split, but also the name of a shallow sandy beach or bay for which the area is known. Bačvice Bay is 600 m long, of which the sandy part is 180 m, while the rest of the bay is a promenade. The beach on Bačvice is a cult playground where the World Championship in Picigin is held every year.

7. Disco club Vanilla has been for many years, an indispensable place to go out and have a good time and is one of the most visited clubs in Split. The musical contents of the club are rich and diverse, and concerts of the best Croatian performers are often organized, and everyone can find something for themselves.

8. Diocletian's Days - are an attractive event in Split. With this lavish event, the people of Split want to show their guests even more significantly the 1700 years of their city by returning to their ancient past. Passers-by in togas and tunics walk the streets of the former palace, a procession of ancient carriages passes by the waterfront, transporting the emperor Diocletian and his retinue to the Peristyle, where the emperor addresses the citizens just as he used to. The enticing aromas of Mediterranean cuisine spread through the narrow passages and it seems to you as if you have never stepped into the 21st century.

9. Gastronomic offer - The experience of staying in Split would not be complete without tasting one of its famous gastronomic specialties. The most famous restaurants that offer typical Mediterranean food are the restaurant Bota Šare in Bačvice, the tavern Maslina in the city center and the taverns Hvaranin, Varoš and Po Bota located in the medieval part of Split - Varoš. If you are looking for a real homely atmosphere, a warm atmosphere and a very low price, be sure to visit the buffet "Fifa" on Matejuška.

10. The Sustipan peninsula is located west of the entrance to the port of Split. There used to be a city cemetery on the peninsula, which was moved to another location after the Second World War, and Sustipan was converted into a park. In addition to enjoying the beautiful view of the nearby marina, you can in the park